Monograms are not just for those of us lucky enough to live in the South.

Monograms began in the ancient Greek times and today’s store front signage and company logos all stem from the monogram.

But in today’s world, no longer is a monogram solely needed to show ownership of an item. Now a days the monogram is a symbol and celebration of who you are and from where you came.

When you get married, if you take your spouses’ name, you’re also taking their family history as your own.

One way to show that pride is with a beautiful monogram.

When I was first engaged and getting married, everything had a monogram. I was so excited to have my new last name and I wanted my monogram on anything I could get it sewn or engraved. 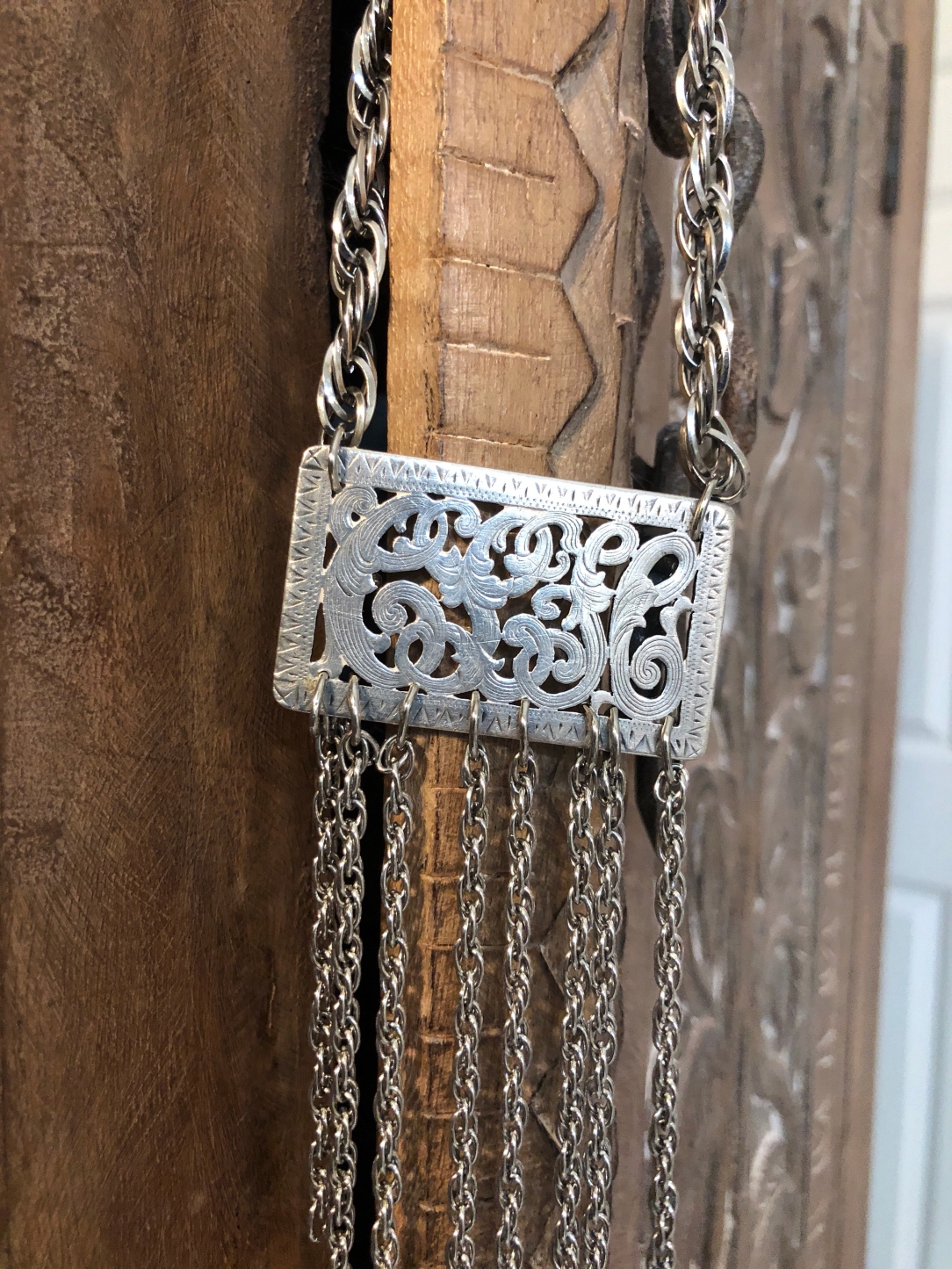 I adored and still adore family monogrammed items passed down. A favorite is a belt buckle that I had turned into a necklace. (Pictured Above)

Monograms are classic and they will never go out of style.

Isn’t it fun to think of getting things monogrammed today? Even after being married 11 years, I am still proud and still love the family name and I still love a good monogram. Even though I have become used to my last name now, I still think it’s a really special to acknowledge it.

There are certain things I would not have monogrammed: my car is one that comes to mind.

But, lots of other things look fantastic with a monogram.

My husband has his dress shirts monogrammed and I love that letter block look.

When we have something to celebrate and we bring out our good silver, it’s monogrammed.

Vintage monograms are making a comeback too. Here is one readily available on Pinterest and Etsy. Pillows, linens-get creative and find the perfect style for you.

You don’t necessarily choose a monogram only when things are new and exciting though. No, I say, monogram to show who we are and where we come from.

There are some rules to follow-especially for our modern world. The most common rule:

A monogrammed gift for a woman should include her first, middle and last initial or if she is married, her first, maiden name, and married name initials. Traditionally, a woman’s monogram is presented in first, last, middle initial order. Thanks to the Monogram Merchant for this information. Check out their site for all the etiquette surrounding monograms.

I think a monogram bracelet is a wonderful gift. Something personal and classic like this one on 6th and Style is a steal at $23 with free shipping. Use code BeneStyle10 for 10% off your first order. 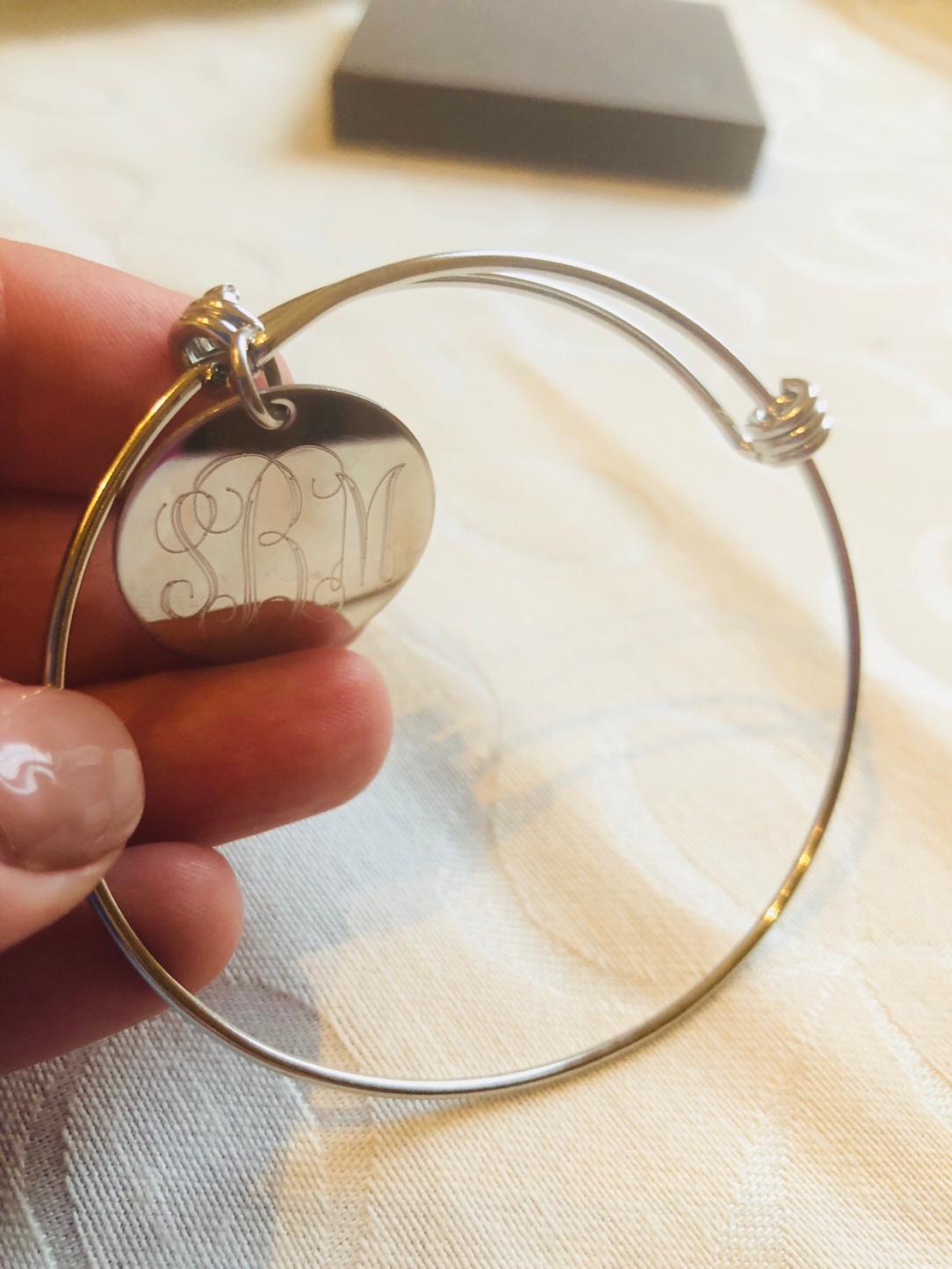 I would love to be able to give this to a girl who is about to graduate from high school or college or maybe as a sorority rush present. Babysitter’s, teachers, newlyweds, the newly engaged couples, a mom who’s just had a baby. It could even be her daughter’s monogram.

My maiden name and my married name. Twirled together just like my family and my husbands family. Intertwined, yet bold enough to stand out as their own. My monogram tells my story and it’s one I am proud to tell.

As an affiliate, I do get paid by 6th and Style.