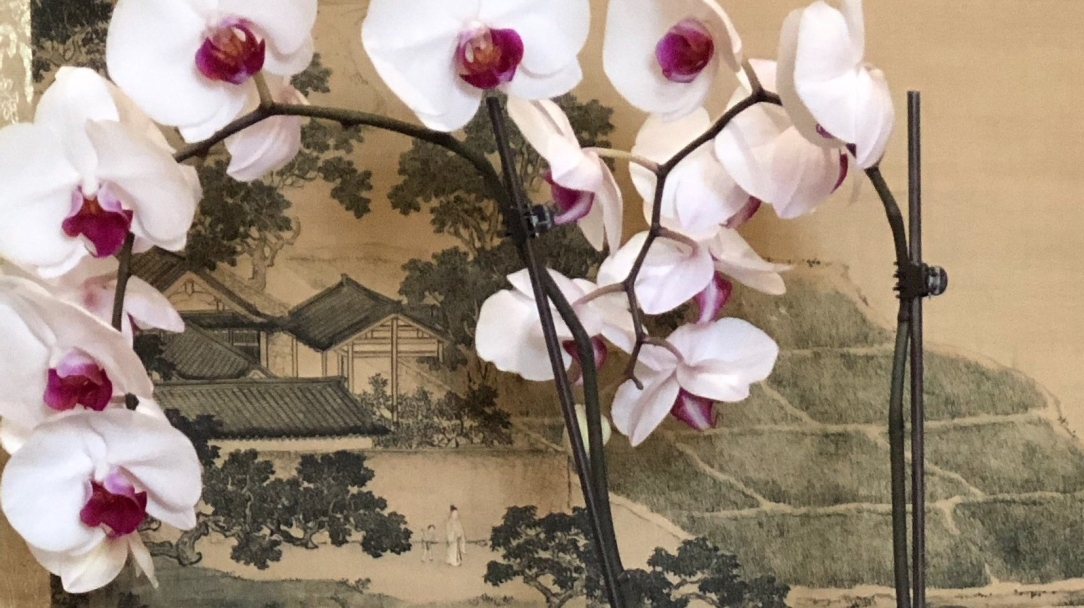 Turn a Walmart Orchid into an expensive looking arrangement

This orchid cost around $14 and was displayed in a plastic white plain pot. I made it look like a million bucks.

This Just Add Ice Orchid came from my local grocery store. It cost around $14 and when I bought it it was displayed in a plastic white plain pot. Not the most chic look.

Inside the pot, another pot, clear and slotted, it’s where the orchid is rooted and happy.

I simply popped the clear section out of the white plastic pot to begin the transformation. The orchid and all her roots are fully inside encased in that interior pot. I simply placed it in my own glass vase.

Keeping the orchid in the clear pot is essential as it holds all the roots and bark, which give air to the roots and allow water to escape.

Next, I added decorative moss as a lining and to camouflage the clear pot. I used a butter knife to smoosh it down a bit.

I’ll slip 3 pieces of ice under the leaves each week and keep the orchid in a sunny spot away from direct sunlight and drafts. It should last a few months.

Once all the buds die, I’ll move it out, attempt to bring it back to life-but in the meantime, I’ll buy a new one and keep fresh flowers going all year round in the house, for a very low price.

Not a fan of Orchids? The day after holidays (Valentine’s , Mother’s Day etc) offer great deals on great flowers.

I grabbed a bunch of leftover Valentine flower bouquets (50% off) and made my own little bouquets.

There are plenty of good flowers amongst the bunch and can be made into tasteful arrangements in no time. Once they’ve been trimmed and placed into clean water, they gain a new lease on life.

I used a simple mason jar here as a vase and tied a burlap ribbon around the rim.